Earlier this week I retweeted a link to a Bandcamp article discussing the early career of Sonny Rollins saying that his album Saxophone Colossus was the key that unlocked Jazz for me. I’ll stand by that claim. It really clicked when I spun a few Rollins records for the first time. However, I had snuck over the gate 6 years ago to marvel at something I still don’t fully understand. That foray into the unknown was prompted by the news of Ornette Coleman’s passing which passed across the break room TV screen while I listened to The Ventures Live In Japan ’65 of all things. With some minor ceremony I returned to my desk for a Thursday afternoon slog and cued up the ’59 landmark The Shape of Jazz to Come. In remembrance of Ornette’s passing and that subtly pivotal moment for me as a capital letters music guy I spent the last few days listening to a few records from the avant-garde upstart that I had not heard yet.

By no means is this meant to be a guide through the Saxophonist’s career. These records aren’t cornerstones of Jazz or artistic reinventions for Coleman. They are however, very good.

END_OF_DOCUMENT_TOKEN_TO_BE_REPLACED

Record Club was intended to be a regular feature on this blog where I talked about the records I bought, a love letter to the physical medium and a look into the mind of a life long collector. Then I promptly stopped blogging. Woops.

The last time I wrote one of these was almost 5 years ago. The last time I personally wrote anything on this blog was over 4 years ago. I didn’t fall off the face of the earth or anything but I moved to Phoenix, Arizona so, I don’t know, same difference to some people? Life got in the way of any pretense of being a “freelance writer” — but my brother(co-blogger of 15 years, off and on) and I started a podcast 2 years ago and we just recently surpassed 100 episodes.

Back in July we had Elise Okusami on as a guest to discuss a sort-of random record (that’s our gimmick). Elise is the mastermind behind Oceanator, a NYC based grungey indie project who recently put out their debut full-length Things I Never Said on her own label Plastic Miracles. I’ll give you the hype right here before I dive into the body of this post. This record is so good I HAD to start blogging again, I had to tell the world, the people need to know.

END_OF_DOCUMENT_TOKEN_TO_BE_REPLACED 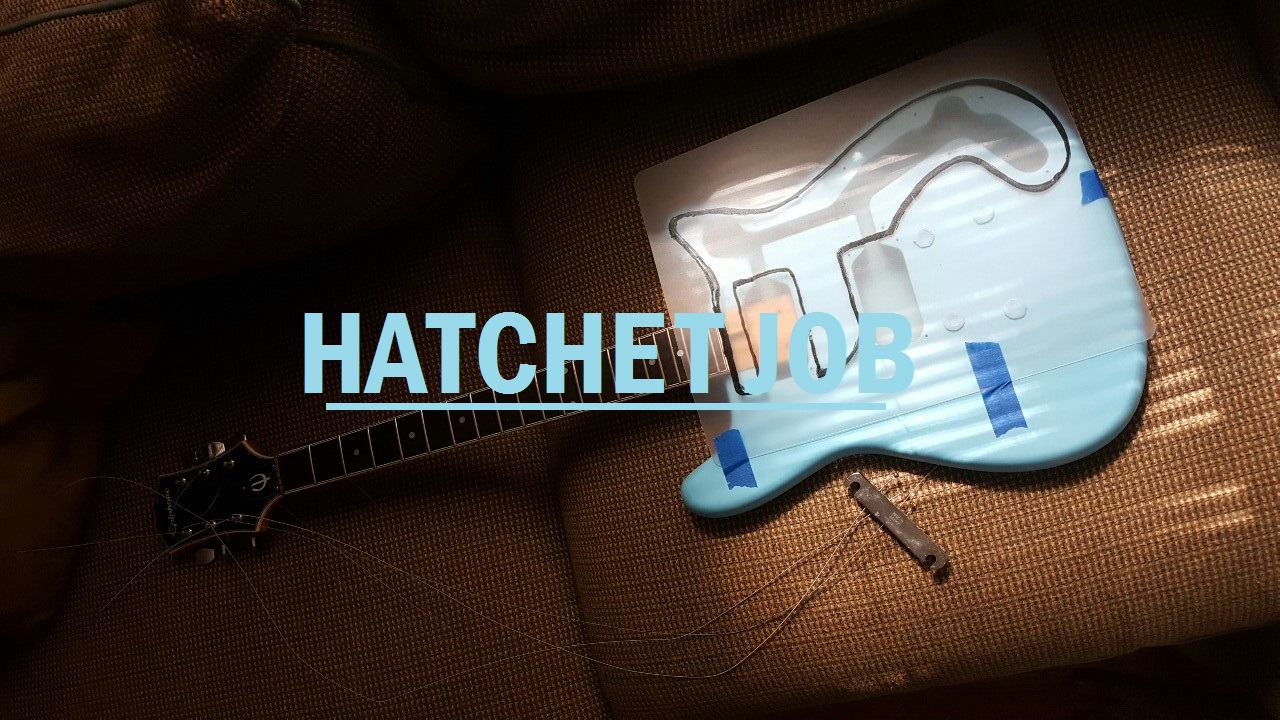 When I was a little kid we had this old broken guitar, it was some kind of student model electric department store guitar that was very likely made in Japan, that use to be my dad’s. I don’t remember many details like the brand or what exactly was wrong with it. I do remember pretending to wail on it at the age of four or five while I left the NES to play the Battletoads theme on a loop as I jumped from the couch, smacking my fingers against rusted strings, probably doing my best Paul Stanley impression.

END_OF_DOCUMENT_TOKEN_TO_BE_REPLACED

Now that we have wrapped up our retrospectives on 2015 we can really begin to turn our focus towards everything 2016 has to offer. I’ve made a lot of resolutions for myself this year, ranging from the usual “get in shape” goals to some loftier creative pursuits. One of my resolutions is to keep my eyes peeled wider for new and more esoteric bands. It took a little digging and a lot of sampling but before too long I’ve already found a handful of releases from just this first week of the new year. So, here are a couple solid short releases to get your New Year rolling.

END_OF_DOCUMENT_TOKEN_TO_BE_REPLACED

Extended Play is a recurring feature covering a handful of short form releases at a time. This is a special, extra-long rundown of the best EPs and Singles of 2015. As always, this is just a sampling of great music. What makes your list?

I like short songs. I like short records. I have a hard time watching bands play live for longer than 30 minutes. I can’t watch even a half hour TV show without at least half my attention on my phone or ipad. My already lousy attention span was shorted out this year from having unlimited spotify streaming and 8 hours of robotic operations work a day. There is a lot still that missed my wide angle view of music. Truth be told, I spent most of that time listening to the same records I have for years while also digging into tons of older music that I never really gave much of a chance. Anyway, Justin will be coming through with the best full-length albums of the year, but in the mean time, check out a couple great short releases.

END_OF_DOCUMENT_TOKEN_TO_BE_REPLACED 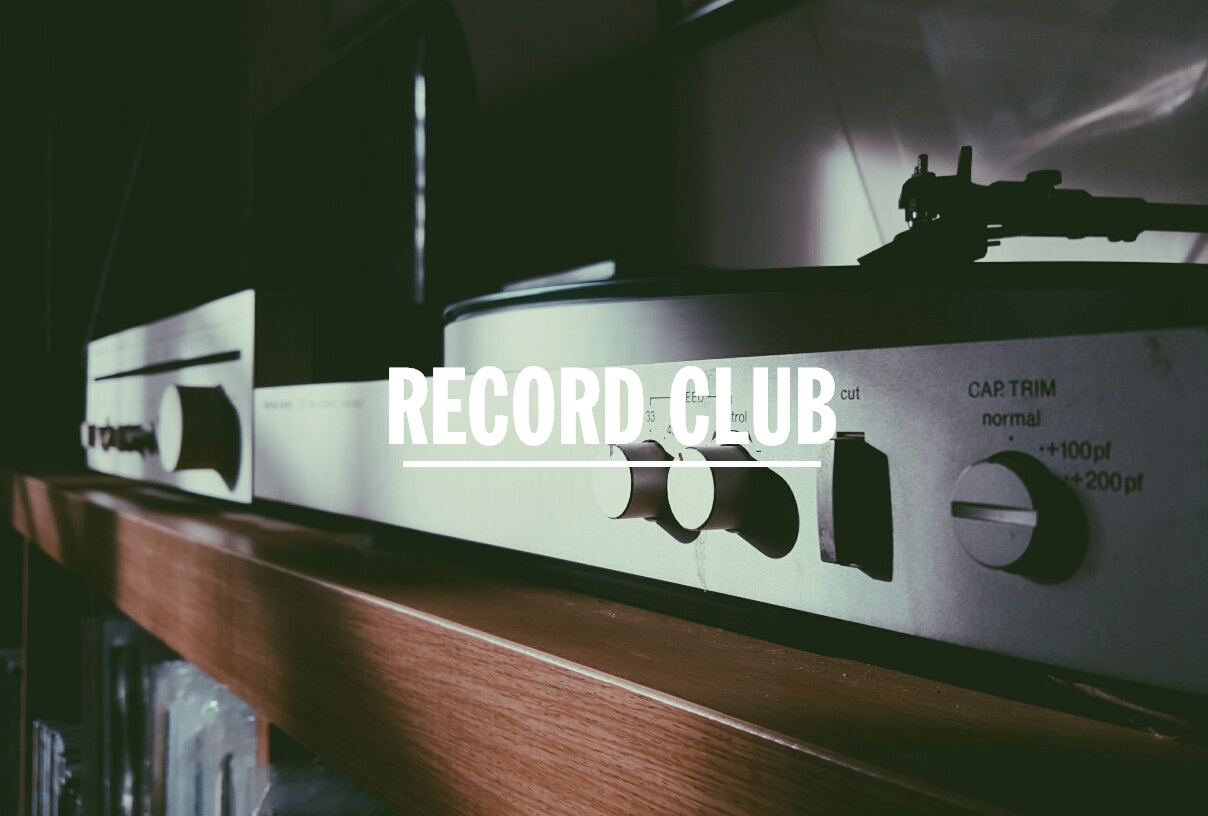 “Oh, it’s that record club. The first nine were only a penny. Then they jacked up the price! [breaks down crying] It’s not fair! It’s not fair, I tells ya!” Record Club will be a recurring feature on not just records I love but a love letter to the physical format. Collecting runs deep in my family, so expect to see lots of cool finds here. “I joined a record club. They hounded me for years.”

For my inaugural “Record Club” post it is only fitting that we take a look at the recently reissued And We Washed Our Weapons in the Sea from DC’s seminal Spazzcore/Mech-Core outfit Frodus. It’s my favorite record of all time, for reasons we will get into later in this post, so you can imagine my excitement opening my door to find this package waiting for me. Ironically, the “certified frustration-free packaging” proved harder to open than a typical LP mailer. Go figure.

END_OF_DOCUMENT_TOKEN_TO_BE_REPLACED

I drive a lot. I don’t spend a lot of time in the car on a daily basis or anything. I recognize that many people have lengthy commutes and others drive for a living. Some people hate it. I love it. “I Drive a Lot” will be a recurring column covering the places I go and the things I do while I’m away. “I Drive a Lot” is also a song by Starflyer 59.

Growing up in a small town in NC meant anything interesting to a teenage sub-culture kid was at least an hour drive away, if not more. The first show I went to as a 14-15 year old required a drive to Greensboro. I would visit Charlotte, Asheville and Chapel Hill by the time I went to college just to see bands I liked. Even once I had moved away to a more cultured area of our state, I went to probably just as many shows out of town as I did at home.

END_OF_DOCUMENT_TOKEN_TO_BE_REPLACED

It is a grey, cool late summer day just before the seasons change. It has been overcast all day but nothing more than a brief and barely noticeable mist has come down. I called out of work this morning and have spent the better part of the day working on my resume and cover letter, editing and casually bouncing between social media and job searches. Between the frustrating political posts and editing jobs I’m not qualified for came the disappointing news that the Tremont Music Hall in Charlotte, NC would be closing its doors after 21 years of live music where everyone from Green Day to Ben Folds to Fugazi have played. 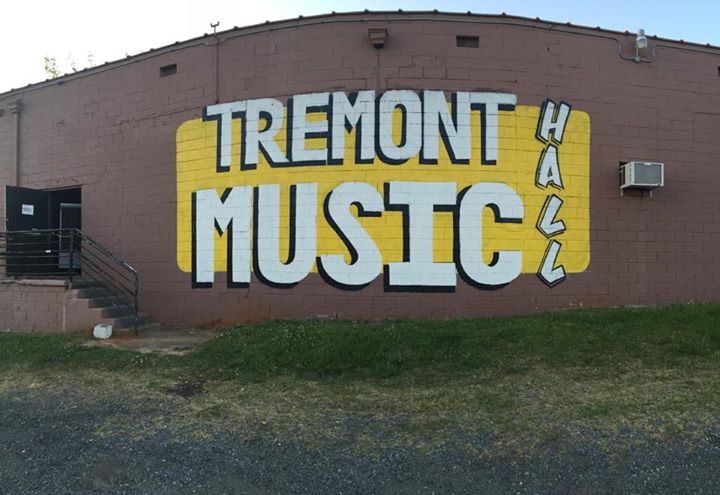 END_OF_DOCUMENT_TOKEN_TO_BE_REPLACED

I came much too late to the Bear Vs. Shark party. My musical tastes were much more oriented around Christian metalcore around the time that Terrorhawk was released but I do distinctly remember seeing banner ads for that record as I would trawl Purevolume for new music. I think not much later I would see ads for 30 Seconds to Mars or something like that and for at least a few years after I would always associate BVS with that scene despite the band having very little in common with that mid-00s post-hardcore. It would be some time before I would finally take a chance, thanks to a young Irishman I encountered on a small messageboard that I ran in my late teens(one of my first social media ventures) and though it would still be some time before those two records would totally engulf me; the seed was planted in good soil that time.

So, Johnny-come-lately as I have been–not just with BVS but with many great bands–I can safely say that I got in very early with Bars of Gold; the new vehicle for Marc Paffi and Brandon Moss, vocalist and drummer respectively. From the first live recordings to their debut LP of Gold, the Wildcatting-plus one Detroit based group have enamored me. Much like Bear Vs. Shark they have managed to consistently warp frantic rhythm, messy leads, and howling vocals into superbly catchy, lyrically mystifying yet emotional satisfying bundle. Right around two o’clock this afternoon my only aim for later that evening was to plunge head first into one of my most anticipated records of the year.

END_OF_DOCUMENT_TOKEN_TO_BE_REPLACED

Join 163 other followers
this is good, this is better